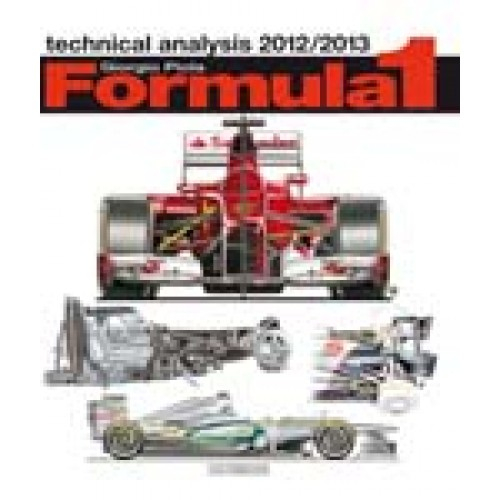 One of the hardest fought Formula 1 World Championships of recent years ended in Brazil, where Sebastian Vettel and Red Bull won the drivers’ and constructors’ world titles respectively for the third consecutive year. Ferrari, competitive until mid-season, had to be content with Fernando Alonso’s second place in the end.
On the technical front, the 2012 world championship will be remembered for the large air intakes in the noses of many of the cars, their purpose to recover aerodynamic load; then there were the sophisticated F-Ducts created by Mercedes-Benz and the pull rod front suspension layout designed by Ferrari.
In this well-established publication, author, designer and television commentator Giorgio Piola analyses the various development phases of the different teams during the world championship. Brief but exhaustive texts illustrated with hundreds of technical designed in full colour are the main elements of this book, which concludes with a section on the cars that will be the protagonists of the 2013 season.