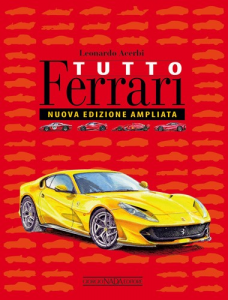 Author: Leonardo Acerbi Size: 16x21 cm - 504 pages - Photos: in color and b / w + over 200 color drawings by Giorgio Alisi - Hardbound - Text: English - Series: Ferrari 5th EDITION - Over 100,000 copies sold !! The first and only “virtual gallery” with all or almost all the models produced by the Maranello company, from 1947 to today, designed by an artist such as Giorgio Alisi. Detailed technical data sheets and texts signed by Leonardo Acerbi, a profound connoisseur of the brand, complete this unique work on the Cavallino and its history. Appeared in the mid-2000s and reissued several times, Ferrari All the cars reviews, model after model, all the most significant cars produced by the Maranello company from 1947 to today. From the Auto Avio Costruzioni of 1940, the Ferrari preview, to the 125 S, the first car to bear the emblem of the Prancing Horse fully on the body, up to the last Portofino, the reader passes through unforgettable icons of automobile history. Among these, just to name a few, models such as the 250 GT, the Testa Rossa, the 250 GTO, the 250 Le Mans, the 275 GTB or the 365 GTB / 4 Daytona up to the latest creations - 812 Superfast, Portofino GTC4 Lusso and Monza SP1 / SP2 - passing through 365 GTB / 4 “Daytona”, 512 BB, 308 GTB and many more. All the F1 single-seaters from 1950 to today could not be missing, those that have allowed the Cavallino manufacturer to win 15 Drivers 'World Championships and 16 Manufacturers' titles, as well as the unforgettable Sports and Prototypes, undisputed protagonists for years in classic and fascinating endurance races such as the 24 Hours of Le Mans or the Targa Florio. The sheets of each of the models are completed by an accompanying image, by short but rigorous framework theses, and by a detailed technical sheet. Ferrari All the cars is the only book that allows you to have the whole history of Ferrari and its unforgettable cars, always at hand, an authentic handbook on the Maranello company. This new edition of the volume is also enriched with a series of cards dedicated to the unforgettable concepts created over the years on Ferrari mechanics by Pininfarina. Iconic models such as the 365 P Speciale, the 250 P5, the P6, the 512 S, the Modulo up to the Sergio, models full of stylistic suggestions in many cases then transferred to production cars. 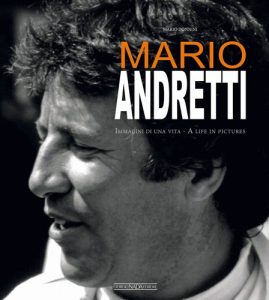 Author: Mario Donnini Size: 28x30 cm - Pages: 192 - Photos: hundreds in b / w and color - Hardbound with jacket - Series: Great races on the road, track, rallies - Text: Italian-English Mario Andretti can be considered a living legend, a sort of "hero of two worlds" for his sporting achievements both in Europe and in the United States. F1 world champion in 1978, winner of the Indianapolis 500 in 1969, Indycar champion in 1965, 1966 and 1984, he won the 12 Hours of Sebring in 1967, 1970 and 1972, as well as having won a lot in Daytona in Nascar as in Endurance. Most importantly, Mario is the last champion in Formula 1 with a mother tongue ... Italian, even though he won the title when he was already a US citizen. This book traces his entire career told by the great champion himself. The common thread is in fact constituted by the interviews that Andretti has granted to the author Mario Donnini over the years: anecdotes and testimonies that, reread in sequence, give life to a direct, non-mediated story, capable of shedding new light on some of the most beautiful episodes in racing history. Hundreds of images, mostly unpublished, illustrate the long and unrepeatable career of an authentic motor sport icon of all time. 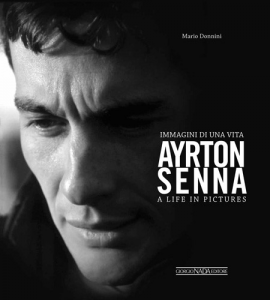 Author (s): Mario Donnini Size: 28x30 - Pages: 208 - Photos: 318 in color and 3 in b / w - Hardbound with jacket - Text: Italian-English - Series: Great races on the track, road and raliies Ayrton Senna, twenty years after his death, remains the most loved and dreamed of F1 champion. King of pole, when the flying lap in practice was terrifying and merciless, king of wet races and three times world champion, protagonist of a fairytale dualism with Alain Prost, the Brazilian remains alive in the memory of those who saw him race and is regret even by those who have not lived it. In the twentieth anniversary of the tragic accident in Imola, which took place on 1 May 1994, the time is ripe to go and rediscover what Ayrton really was. An emotional and rigorous journey conducted on the double track of visual testimony and intimate deepening. The protagonist of the volume is the image: hundreds of shots, all mostly in color, revive the unrepeatable career of this champion: from the beginnings on the kart to the lightning-fast experience in minor formulas in England up to the sudden transition to Formula 1, before with Toleman then with Lotus, team with which they mature their first victories. But Ayrton's definitive consecration takes place at McLaren: three world titles between 1988 and 1993 but, above all, a sequence of companies that smell of legend. All accompanied by unpublished revelations, anecdotes, confidences and stories of real life given by those who knew him well. To make the heart of those who have not forgotten it beat beat and have a vibrant and different story, a new glimpse to restore brightness to an ancient feeling, capable of crystallizing itself in the images and between the lines of this book. 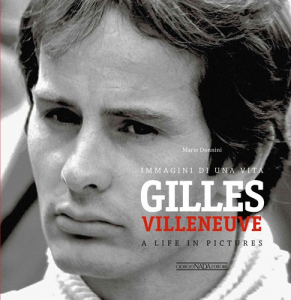 Author (s): Mario Donnini Size: 28x30 - Pages: 192 - Photos: hundreds in b / w and color - Hardbound with jacket - Text: Italian-English - Series: Great races on track, road and rallies PREFACE OF ERCOLE COLOMBO Six wins, two pole positions, eight fastest laps and thirteen podium appearances. Figures that are anything but striking. Today, in F1, there are drivers who have won much more, at least judging by the cold yardstick of mathematics. But Gilles Villeneuve cannot be "measured" with calculation because there is no unit of magnitude capable of defining emotions. Because this is precisely the sphere in which, over thirty years after the disappearance of the little Canadian - it was May 8, 1982 - the myth of Gilles, "of the Aviator", as Ferrari had nicknamed him, of the solo driver still moves for which, in those years, the expression "Villeneuve fever" was coined. His "crazy flight" at Fuji in 1977, his first home GP victory in Canada in 1978, the unforgettable '79 season followed by a year in Purgatory in 1980, but also his epic success in Monaco. year later, and again the fratricidal duel with Didier Pironi, in Imola, in 1982 and Zolder's last “crazy flight”. Snapshots of a story that smacks of legend and that today relives in a book full of unpublished images written by Mario Donnini, sports journalist who already wrote the volume on Ayrton Senna in the same series. 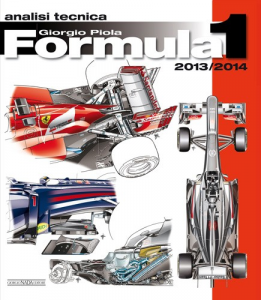 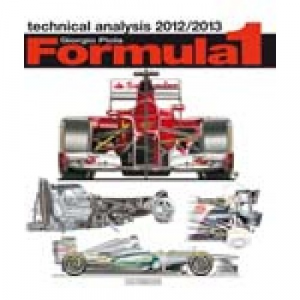 Author(s): Giorgio Piola Size: 24.3x27 cms - Pages: 128 - Photos: over 400 technical drawings in colour - Softbound with flaps - Text: english One of the hardest fought Formula 1 World Championships of recent years ended in Brazil, where Sebastian Vettel and Red Bull won the drivers’ and constructors’ world titles respectively for the third consecutive year. Ferrari, competitive until mid-season, had to be content with Fernando Alonso’s second place in the end. On the technical front, the 2012 world championship will be remembered for the large air intakes in the noses of many of the cars, their purpose to recover aerodynamic load; then there were the sophisticated F-Ducts created by Mercedes-Benz and the pull rod front suspension layout designed by Ferrari. In this well-established publication, author, designer and television commentator Giorgio Piola analyses the various development phases of the different teams during the world championship. Brief but exhaustive texts illustrated with hundreds of technical designed in full colour are the main elements of this book, which concludes with a section on the cars that will be the protagonists of the 2013 season. 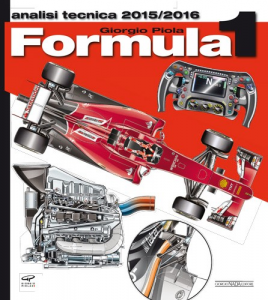 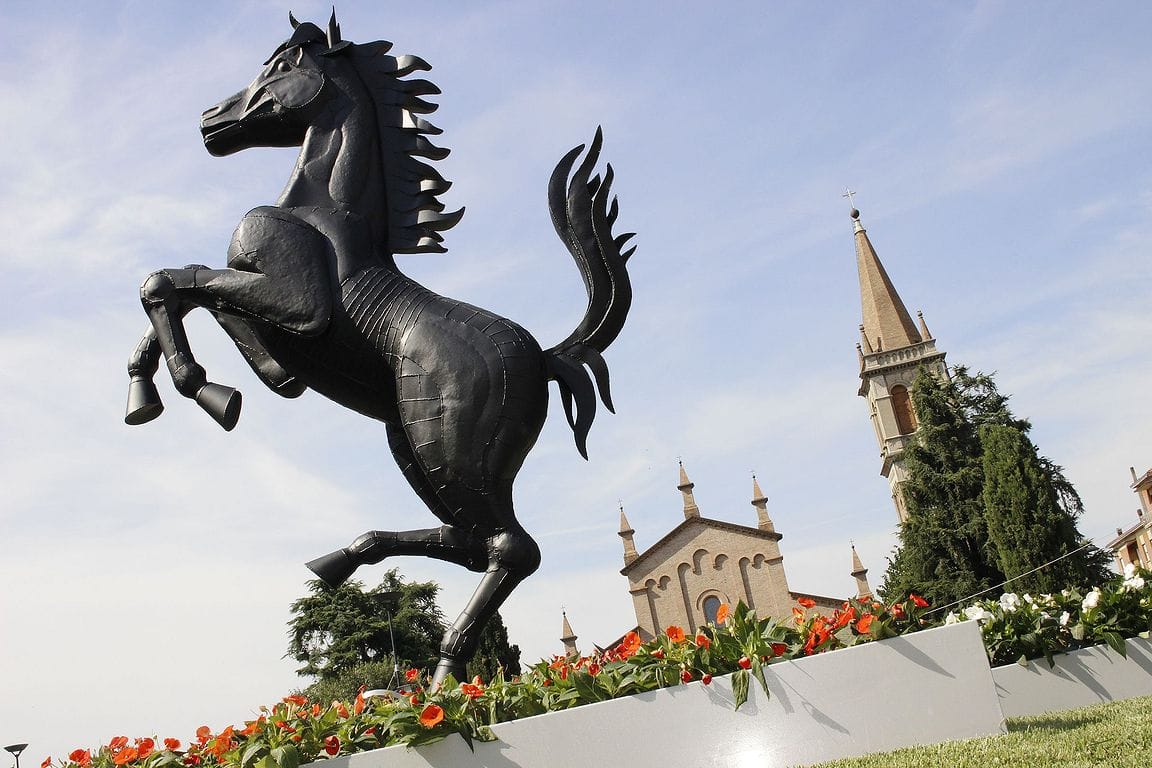 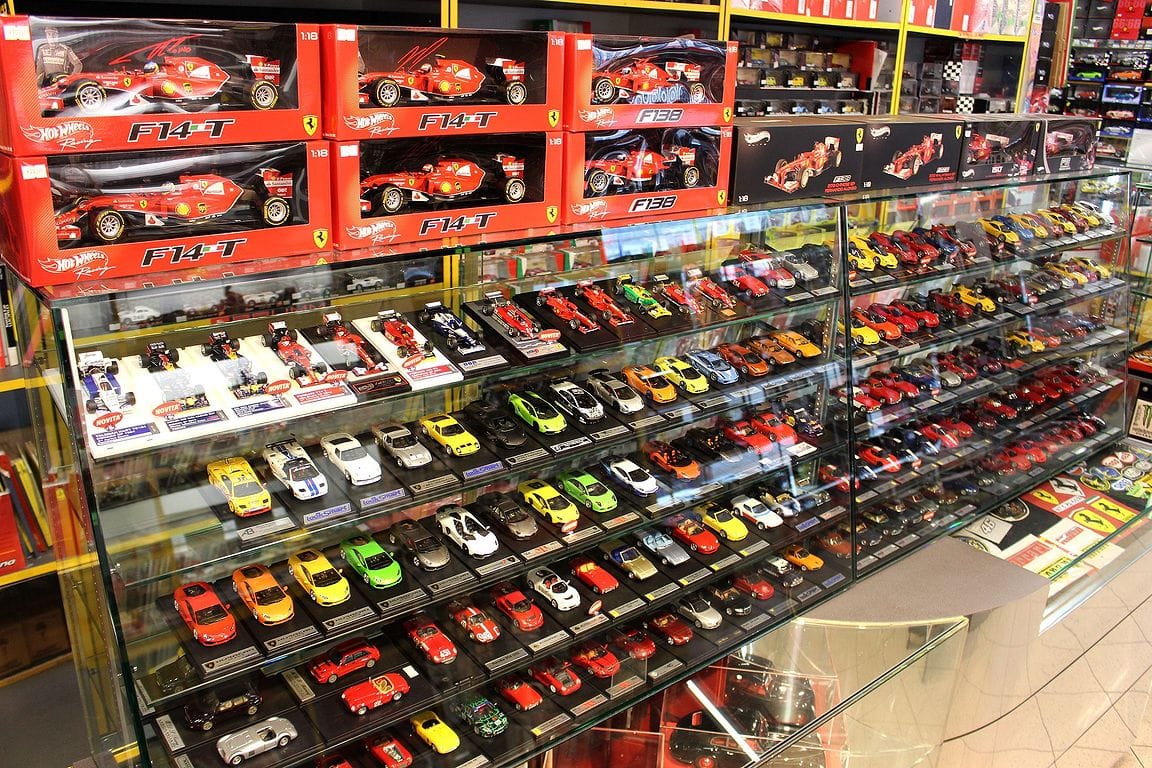 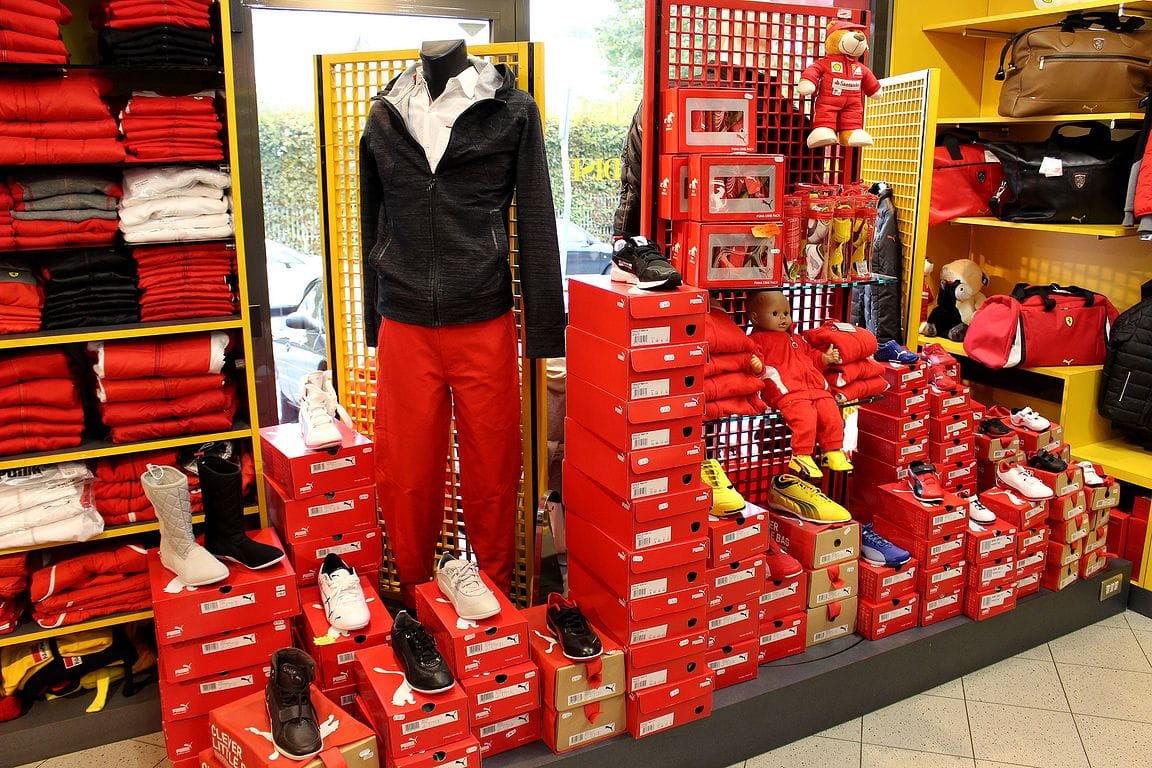